If you did not make it to Dayton this year you probably missed the best weather in a decade. In fact, it was so warm that the Dayton Committee is changing the dates back to early March for next year. At first, there were rumors that the haze was brought by XE1L, but that rumor went away as soon as the Sun, (yes Sun) came out.  A quick survey was taken by the 3411 Group and we found out why Dayton was not as well attended as in past years. The question was, “Given only one choice which would you keep your radios and antennas or your computer with Internet service?” The answer was almost unanimous, “keep the computer and get rid of the radio.”  We had only one dissident, N9EP but hey, he works for a MAJOR (M) radio manufacturer in Chicago. Sorry Ed.

The flea market was so sparse that Chuo started doing seminars under our tent which, by the way, went up without a hitch.

We, the 3411 Group, want to warn you that some of the pictures that you are about to see may be offensive. Our response is TOO BAD. 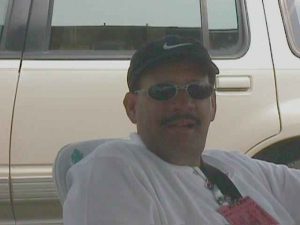 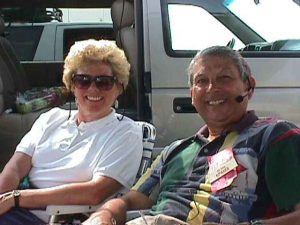 All the pictures on the Web page were taken by Chuo (aka Jay) with his new Digital camera.
So far these are the most expensive pictures posted on the Internet. Jane Kramer, editor in chief
of this web page, as most of the members of the 3411 Group are Hispanic, brought with her a happy smile and kept us from going totally insane. A Lady, TWO days in a row. Next to her is Ed Rios and he was accused of Jay-bashing. Weren’t we supposed to pick on him? 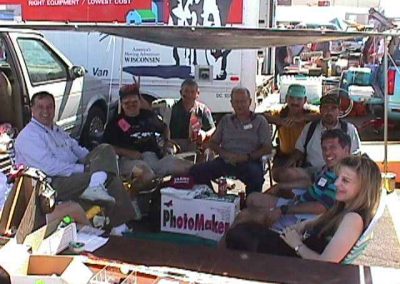 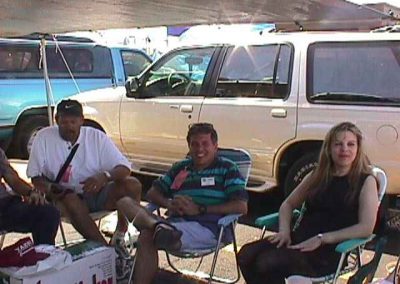 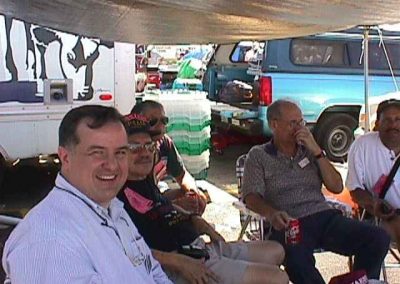 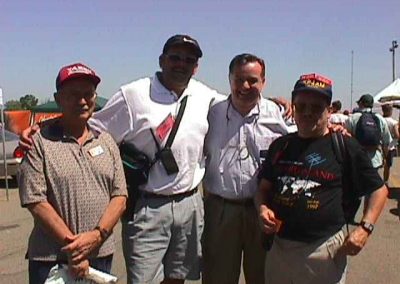 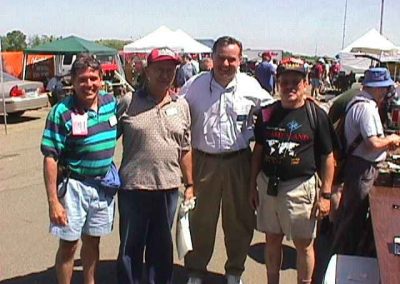 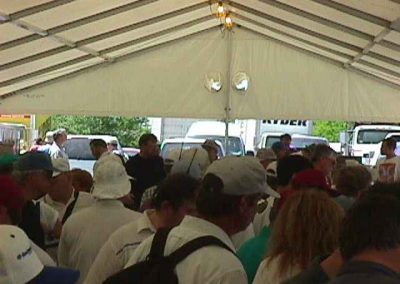 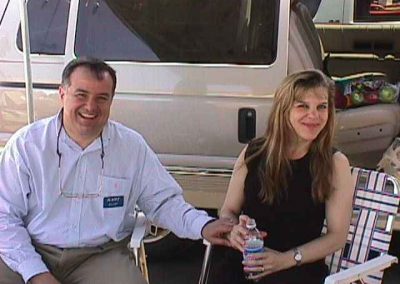 The happy couple here is Elliot and Mitzy. 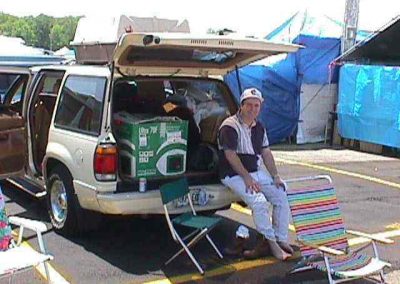 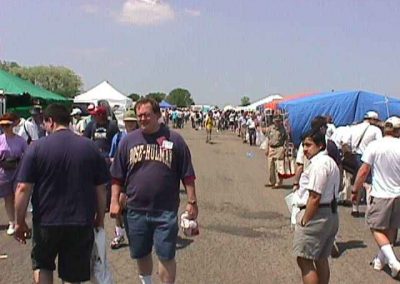 You could go bowling and not hit anyone 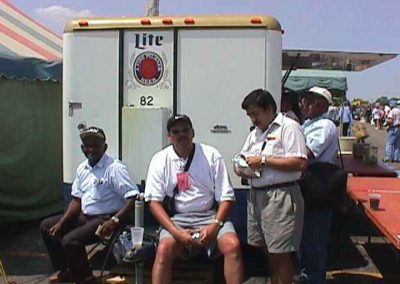 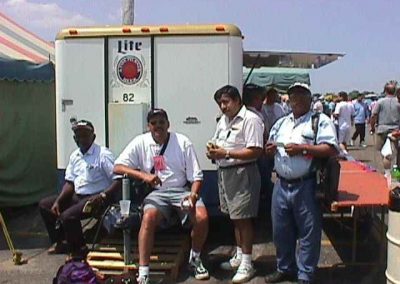 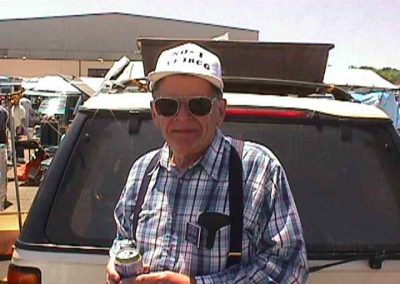 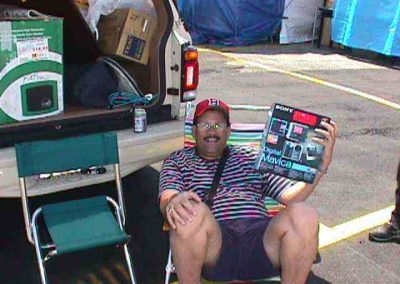 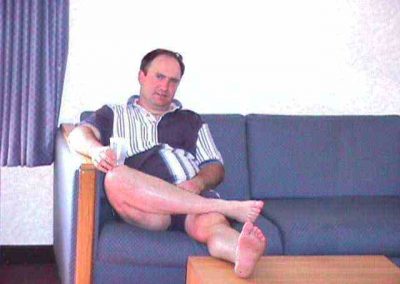 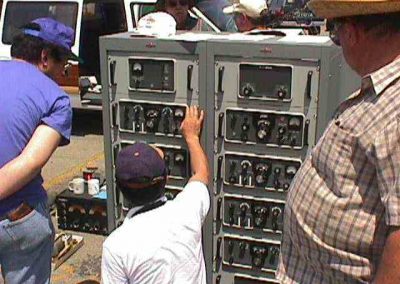 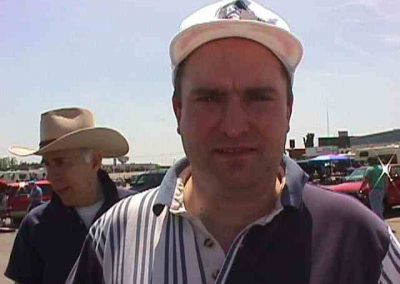 Finally, during our stay in Dayton, Chuo received this E-Mail from his son Manny KB9DAT
“I am very happy to see that you are all enjoying yourselves in the nice Ohio weather. I am still very sad to say that I really miss Dayton and all the beautiful memories it brought. Dayton is much more than just a Hamvention, it is a time for old friends to get together and laugh about all the past Hamventions silly things that happen along the way. It is a time when I remember laughing with my father and asking for money to buy some electronic thing that I knew was far from working. But those are those joys. Only once a year does this come around, I would give it all for just one day there with you all. I hope this year is as memorable as the rest. I wish you all the best and remember that the Dayton Hamvention is not the same without KB9DAT. I wish you all the best. Good luck! Manny Santiago -KB9DAT- “
It was really fun to meet good friends and share time with friends that stay friends over years.